The Institute of Practitioners in Advertising saves £100,000 a year with Totara Learn

The IPA is widely recognised as the world’s most influential professional body for advertising and marketing communications, and it offers a range of courses and qualifications, which are the global standard for learning and development in the advertising industry.

IPA’s goal is to continue transforming advertising and marketing communications from a professional industry into a profession. That means developing the skills and expertise of those who work in the profession so that clients and the general public see a qualified, trusted, valued expert, which makes sense, as the advertising and communications industry contributes an estimated £120 billion to the UK GDP.

Since its inception in 2003, the IPA’s flagship qualification – the Foundation Certificate in Advertising, has had over 14,000 people in over 87 countries pass the qualification. The certificate attracts over 1200 learners in the UK and 500 globally.

15 years since its launch, the platform which delivered this and other key qualifications no longer delivered the user experience that today’s learner expects: content delivery was slow, it had not kept up with the evolution of devices used by learners and it did not offer the IPA team the ability to manage their own learners and qualifications.

IPA also wanted to start moving their examinations online, to provide a more flexible and sustainable model to fulfil ambitions for delivering key qualifications globally. Feedback from learners indicated that IPA needed to address these issues if it was to retain its reputation as the premier provider of CPD to the industry.

IPA’s Totara solution needed to be ready in time to relaunch its Advanced Certificate in Advertising, and that learners would be judging the experience of using the platform just as much as they would the content. That meant that the learner experience from day 1 needed to be slick, engaging and intuitive.

The platform went live with a largely standard Totara, albeit with an IPA-branded modernist theme, Kineo’s own Isotope menu filter for toggling between modules available in IPA’s qualifications and a single-sign on link with IPA’s membership system. Kineo also developed a custom My Progress block which enabled learners to see a snapshot of their granular progress as they worked through whichever qualifications they were enrolled on.

At launch, only a single qualification was available, but over the past 18 months since then, IPA have relaunched a whole series of other flagship programmes on Totara, each having its own distinct brand. Using Totara’s dashboard and audience functionality combined with a set of specially themed course templates, has meant that the IPA can create new qualifications, then publish and manage them easily in-house, knowing that the stylistic consistency is retained across their whole portfolio. 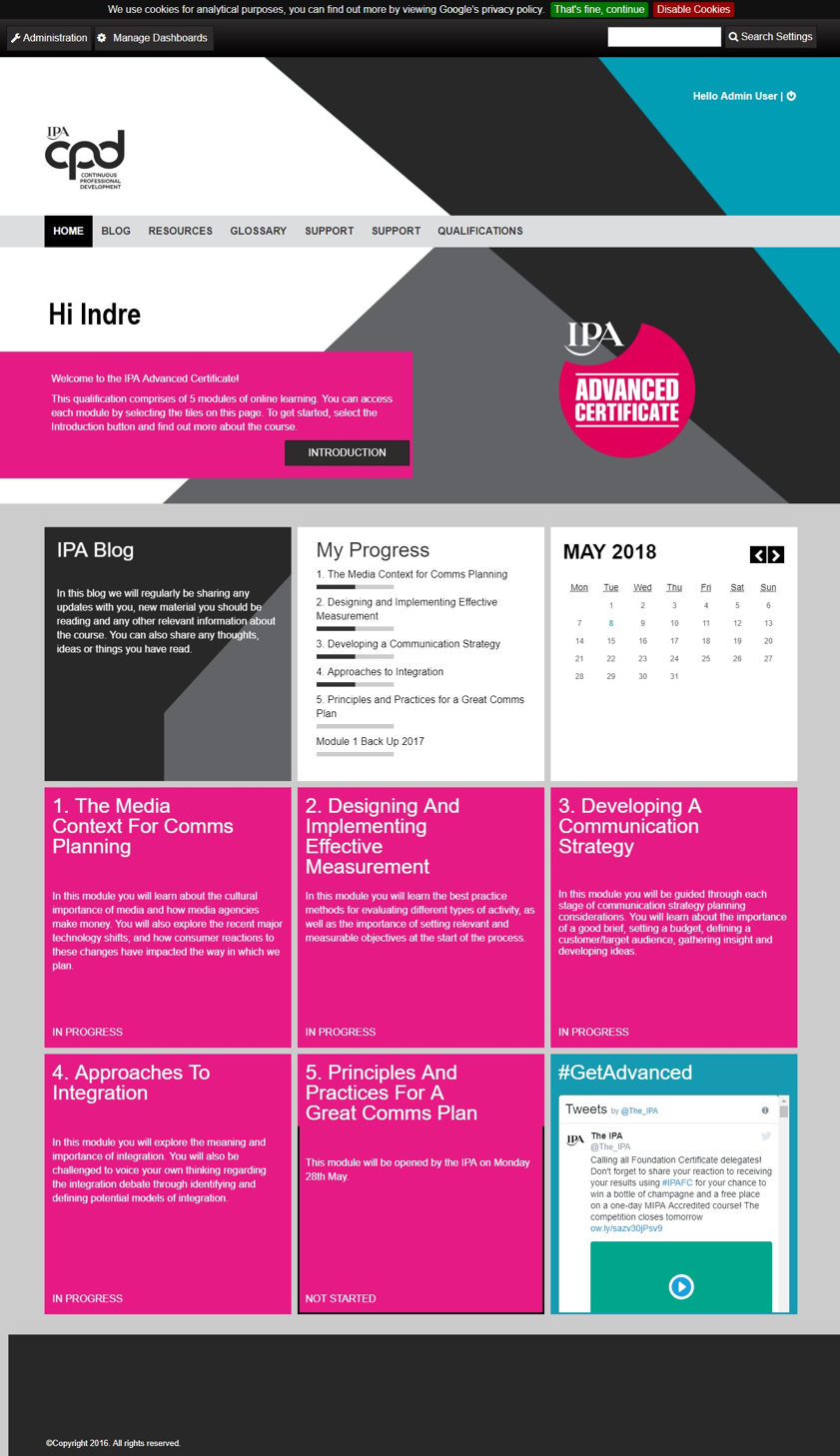 IPA’s Totara platform has them to deliver a seamless user experience, where there is no jarring division between the design of the content and the platform itself, across all its qualifications.

While Totara and IPA’s content is all designed to be responsive, in 2018 Kineo worked with IPA to develop and launch a native mobile app for iOS and Android, which integrates easily with Totara. The app provides learners with the ability to download the majority of IPA’s course content for offline access. Completion data is synced back to Totara whenever learners go back online.

In 2018, IPA have integrated the Anders Pink content curation plugin for Totara, which enriches the platform’s learning content catalogue with specially selected articles from relevant media sources across the globe.

IPA’s future plans involve expanding the reach of their Totara LMS to deliver more qualifications to members globally – this would not have been possible previously without the autonomy and reduced support time that Totara delivered.

IPA had several goals for this revamp, and one in particular was to increase their feedback on the online environment by 1% for those who rated it good, very good or excellent in 2018. IPA are delighted 97% (up from 93%) now rate the learning as being good or above.

Ratings for the online platform (Totara) also saw a significant boost, as well as sentiment towards the new online exam, which was also delivered by Totara. 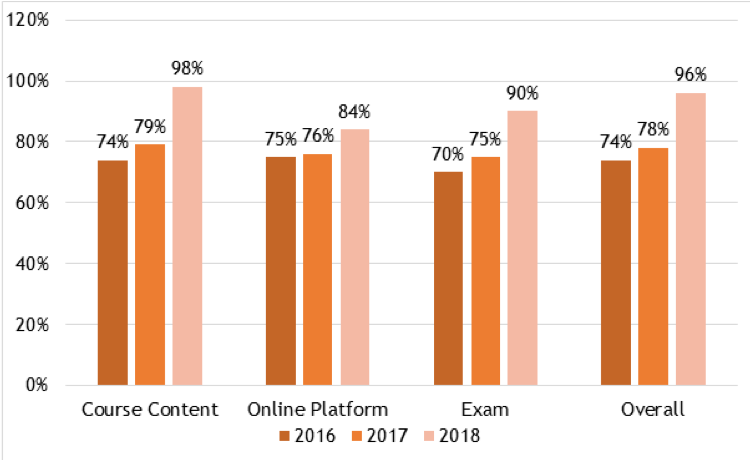 Since adopting Totara, the IPA team has been freed up to spend more time working with learners and focusing on the growth and expansion of their portfolio for learners. Since the re-launch of the Foundation certificate alone, IPA is enjoying a yearly savings of £23,000.

With an improved user experience, IPA has also seen a significant drop in learner queries on the platform. Support and maintenance was previously outsourced, but now learner support queries are now at a level where the IPA team can manage them in-house. This previously cost the business £11,400 annually. Across all their qualifications deployed on Totara, IPA estimates they save well over £100K thanks to their adoption of Totara and their partnership with Kineo.

“Having moved from a proprietary LMS to Totara allowed us to become more agile and react quickly to any changes affecting our industry and, in such way, save money by not having to go through a third party. In addition, not only has our learner feedback got better since the launch, but the number of learner support queries has also gone down, which enables us to spend less time managing access issues and bug fixes but instead spend more time enabling learners to do better. The smooth delivery and management of online examinations was key to our global growth and I was happy that a simple solution through Totara proposed by Kineo has worked effortlessly for us.”